Can you survive the zombie apocalypse? There are a series of locations around the city. You must find your way to each without being caught by zombies that prowl the streets. At the start you are given the first location and a map. If you make it there you will encounter a survivor with a story to tell. They will give you the next location, where you will another survivor, and so on, until you make it to Resistance HQ. Here you will be scanned for infection. If you are clear you can enter. If the scan shows the signs of infection you must join the zombie horde. 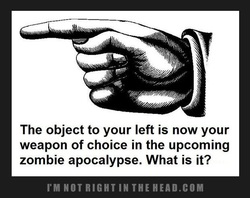 2.8 Hours Later is a thrilling night time chase game devised by Bristol game creators, SlingShot. Played across an inner city backdrop, it sees multiple secret locations transformed into zombie film sets and populated by a cast of survivors, some good, some not so good.

Players are sent forth in waves after dark to outwit and outrun zombies as they race from one location to the next, hunting for clues to the whereabouts of Resistance HQ. Using their mobiles, they are also able to call or text in to get game updates and safety information.

The game was premiered last year at Bristol’s igfest 3, the world’s largest pervasive games festival, and was a sell-out success, and a thousand tickets were sold in a second outing at this year’s festival in May. It has been described as “completely fantastic and bonkers” by games review site, Beefjack.com, andis gaining a cult following, with hundreds of fans following the game via Facebook and signed up to its mailing list.

Now, thanks to the support of Art in Unusual Spaces, Leeds City Council and Leeds' LSx Festival of Technology, the game is coming to West Yorkshire, in what will be the first stage of a planned UK-wide tour.

“We’re really excited to be able to tour 2.8 Hours Later, and it’s all down to the enthusiasm of the people of Leeds,” says Simon Evans, who along with Simon Johnson founded Bristol-based games production company, SlingShot, in 2008. “We’ve had a terrific response whenever we’ve played this game as people just love zombies and they love being scared out of their wits. Being able to actively take part means players can get completely immersed in the action, which is a very different experience to just watching something on a screen,” he says.

Leeds LSx Festival of Technology is helping to support the Leeds event. LSx founder, Imran Ali, says: “The notion of large scale urban gaming has always been something I've wanted to experiment with, so I knew we had to bring 2.8 Hours Later to Leeds!

“’Cities as platforms’ is one of LSx's core philosophies and we very much see Leeds as an experimental ‘beta’ city.

“By hosting 2.8 Hours Later in September, we're planning to subvert and ‘hack’ Leeds' landmarks, residents, institutions, media and infrastructure so players can use an entire city to experience and tell some (hopefully) terrifying and fun stories!”